Today’s message is especially dedicated to the great Roger Federer and Rafael Nadal.

Roger Federer was supposed to win. He didn’t. He was two points away.

It could have gone either way.

Many of life’s competitions are decided by mere points, inches, and milli-seconds. Don’t give up.

Don’t EVER give up. 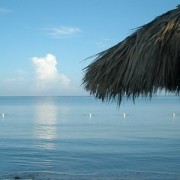