Watch a man with scrutiny when his will is crossed, and his desire disappointed. The quality of spirit he reveals at that time will determine the character of that man.
-RICHARD T. WILLIAMS

It’s one thing to be fired from your job. It’s another to be fired by your own brother. It was the kind of rejection that made Rick Hvizdak take stock of himself, and from the outside looking in he seemed a failure in comparison to his rich and successful sibling. That, however, was not the way that Hvizdak saw himself. Instead of feeling victimized or otherwise vulnerable, Hvizdak recognized the freedom that failure bestowed on him. Liberated from a job he never really loved, Hvizdak was finally all systems go to chase his rightful dream.

He might have never devised the plan that made him rich had he not spent months among the ranks of the unemployed. He might have never summoned the courage to go out on a limb had he not experienced the hardship of poverty. Hvizdak’s response to adversity was a textbook example of grace under pressure. Rather than scratch and claw to get back to where he was, he used the opportunity to truly shoot for the stars.

1. Failure Gives You Carte Blanche to Reinvent Yourself – Losing your job, and all your money, can easily lead to panic. In fact, such a situation calls for extreme calm. Hvizdak never despaired of escaping the mess he had created, even when he was down to his last dime. He rightly recognized that failure clears the decks, that losing your shirt means that all bets are off. Given the chance to redefine exactly who he was, Hvizdak aimed as high as he could-and wound up even higher! Some people see failure as a reason to feel small, when in fact it is an invitation to think big.
2. Come Up with a Good Plan, Then Give It Everything You’ve Got– Hvizdak could have taken a salaried job to make ends meet; instead, he holed up in his house, devising a master plan to succeed. He very meticulously examined his strengths and weaknesses, and just as thoroughly looked at the industry he planned to infiltrate. Finally, after long weeks of strategizing, he came up with a solid plan-and executed that plan with uncanny confidence. He bucked the odds by being fully committed to his approach. Use the downtime failure brings to carefully plot your comeback, and then give 110 percent to making it work.
3. Prepare, Prepare, Prepare– Hvizdak made sure he was ready when opportunity knocked. Not long after he was fired, he started going to the gym and got himself in fighting shape. He kicked a couple of bad habits, and dedicated himself to achieving his goals. He also read dozens of self-help books, honing a positive attitude. Physically and mentally, Hvizdak was ready to be a winner. Look at failure like a kick in the pants, and do whatever you have to do to make yourself stronger and better.

From “When Life Gives You Lemons” by Alex Tresniowski

MESSAGE #1041 A QUOTE FROM JEFFERSON 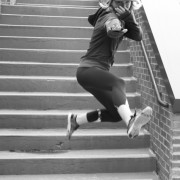