They weren’t supposed to.

Clijsters had only played two tournaments since coming back from a two and a half year layoff.

del Potro had never won a Grand Slam or ever beaten Roger Federer.

Not everything that can be counted counts.

On paper, Clijsters was unseeded. An unseeded woman had never won the US Open.

Roger Federer had not lost a match in the US Open since 2004. But he lost to del Potro.

There comes a point in a match (and life) that you start to believe that something is possible.

It is then that anything is possible.

“When I broke his (Federer’s) serve for first time, I start to believe in my game,” del Potro said.

Not everything that counts can be counted.

del Potro started off the match obviously nervous. He did not play to his potential in the first set. Federer won 6-3. I posted a comment on Facebook…

“Fed vs del Potro…Fed is too tough, but you NEVER know, esp if del Pot goes all out…”

No one believed me.

Am I psychic? No, so what happened?

At the beginning of the match, del Potro was not playing his game. He was nervous and he looked nervous. He was holding back.

The worst thing you can do on the tennis court is to hold back. I knew if del Potro fought through his nerves and went all out like in his other matches, he had a chance.

Even if he went all out and lost, that would be better than holding back and winning.

Now go and do it anyway…go all out today! 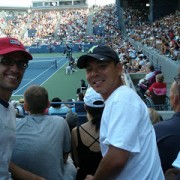 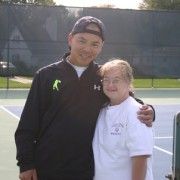 MESSAGE #780 THERE’S NOTHING YOU CANNOT DO…

MESSAGE #782 HOW TOUGH ARE YOU?
Scroll to top