Tag Archive for: how to perform under pressure

You are here: Home / Blog / how to perform under pressure 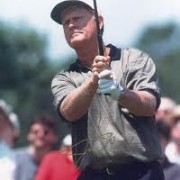 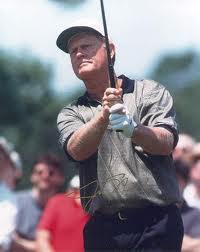 Golfer, Jack Nicklaus (above) once said…

When fear starts to hit me, my best chance of overcoming it lies in facing it squarely and examining it rationally. Here’s what I tell myself. ‘OK, what are you frightened of? You’ve obviously played well or you wouldn’t be here…Well, go ahead and enjoy yourself. Play each shot one at a time and meet the challenge.’

Pressure is created in your mind. It is your choice whether you look at a situation as pressure or as a challenge. Who doesn’t love a challenge?

The next time you are in a “pressure” situation, coach yourself like Jack Nicklaus and react rationally. If your thoughts are irrational, accept them, let them go and then go out and kick some butt. 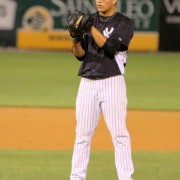 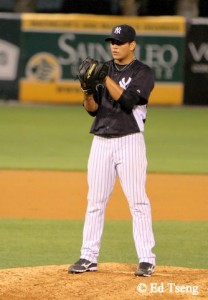 Have you ever been nervous before a big game?

Have you ever tightened up at a crucial point in a game?

Have you ever doubted yourself?

Of course you have, you’re human.

One thing I have unearthed by talking to some of the greatest athletes in the world is that the world champions and the weekend warriors feel the same feelings. They think the same thoughts. So what sets them apart?

Their perception of the situation.

The actions that they take.

Yankee pitcher, Manny Banuelos just turned 20 years old on Sunday. And on Monday, he was slated to pitch on ESPN versus the Boston Red Sox. The biggest game of his life.

What did he do?

Pretty impressive for someone who was a teenager just two days before.

What’s more impressive is how Man-Ban reacted to the pressure.

His perception was excitement, not pressure.

Banuelos admits he gets nervous, but it doesn’t last long.

In the second inning, Banuelos got into a jam, having the bases loaded and only one out. He stepped it up and forced the next two hitters to ground out.

Then, on his last pitch, the pressure was on again with a 3-2 count. He threw a change-up to Kevin Youkllis and struck him out.

The bottom line is that you can either let pressure hurt you or you can let it help you. It’s your choice how you react, and if you are able to do your best when it means the most.

It is then that you will be unstoppable.

Speaking of being unstoppable, I shared my new mental skills workbook, “How to be Unstoppable” with some of the Yankees players when I was down at Spring Training last week. You can pick up your own copy by clicking HERE.

1. Focus on things you can control (your effort, attitude, strategy)

2. Stay in the present moment.

3. Act as if it were impossible to fail.