Blog
You are here: Home / Blog / General / MESSAGE #1045 THE MOST AMAZING PLAY I HAVE EVER SEEN IN SPORTS

I have seen some amazing things in sports. I was at David Cone’s Perfect Game, Joe DiMaggio Day at Yankee Stadium, several World Series games, the US Open, Australian Open and countless other events on television. But yesterday I saw the MOST amazing thing.

Armando Galarraga threw a perfect game for the Detroit Tigers…but umpire Jim Joyce took it away from him.

To be honest, at normal speed, I could not tell if the runner was out or if he was safe. But on replay he was clearly out and Galarraga clearly should have had a perfect game. Joyce blew the call.

After the game, Joyce asked to see the replay and saw that he was wrong. He then went to find Galarraga and apologized.

I respect Jim Joyce for that.

But the best play in the whole game was Galarraga. After the blown save, Armando was surprised, but just laughed and then got the final out.

Galarraga could have given Joyce a piece of his mind and told him where to go, but he didn’t.

Here’s an excerpt from Tom Verducci’s article in SI.com:

There is no polite way to say this: Joyce blew the call. Galarraga caught the ball in plenty of time, even if it wedged precariously in the webbing of his glove, and scraped the base, even if inelegantly, with his foot. Immortal fame was his.

Jim Joyce took it away. He called Donald safe. No sign that Galarraga juggled the ball. No sign that he missed the base. Just safe. Pure and simple safe.

Umpires miss calls. It happens. Nobody feels worse when an umpire misses a call than the umpire himself. They are proud men who strive for a 100 percent success rate and are bound to be disappointed. Upon seeing a replay, Joyce was crushed.

It was a classy move by Joyce, who also apologized to Galarraga personally. The pitcher told a Venezuelan reporter that Joyce was crying when he offered him his apology.

“He really feel bad. He probably feel more bad than me,” Galarraga told Fox Sports Detroit. “Nobody’s perfect, everybody’s human. I understand. I give a lot of credit to the guy saying, ‘Hey, I need to talk to you because I really say I’m sorry.’ That don’t happen. You don’t see an umpire after the game say ‘I’m sorry.'”

Yes, Galarraga’s perfecto would have been impressive, but to be honest with you, his reaction to the missed call was the most impressive thing I have ever seen in sports. 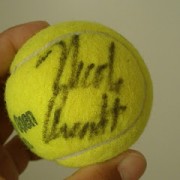 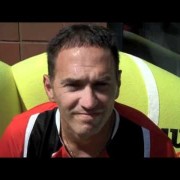 MESSAGE #1134 EXCLUSIVE INTERVIEWS WITH BILLIE JEAN, JUSTIN AND SANDY AT THE US OPEN

MESSAGE #1373 A MESSAGE FROM ROCKY BALBOA 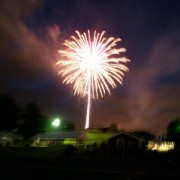