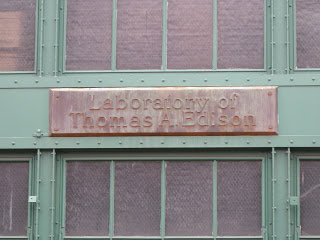 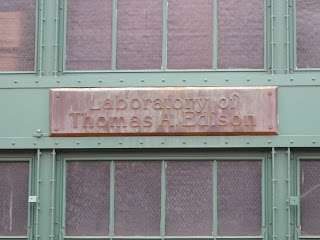 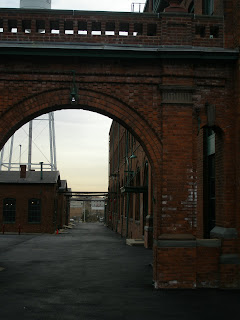 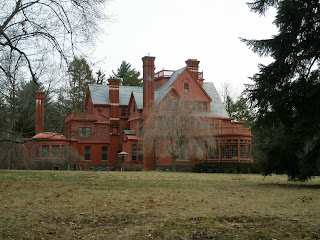 Today’s message is especially dedicated to the great Thomas Edison.
Life magazine named Edison #1 in their “100 Most Important People in the Last 1,000 Years.”
Yesterday I went up to Montclair State University to “surprise” my friend Dr. Gilbert in his 8am class. Little did I know, they were on Spring Break. So instead of being annoyed or bothered and immediately driving back down to the Princeton area, I decided to make the most of it and go somewhere I had been wanting to go for a long time…The Thomas Edison Museum in West Orange, NJ.
Everyone knows that Edison invented the light bulb, right? Not exactly. Scientists were working on it for 50 years without success. What Edison did was solve their problem.
I stopped by Glenmont, the National Historic Site that Edison called home from 1886 to his death in 1931 and his West Orange Laboratory. Unfortunately they were both closed but I felt that I was so close to greatness that I shouldn’t leave just yet.
Good thing that I didn’t…I went into a barber shop and had a great conversation with Ed “Val” Valentini. Val used to cut Edison’s son, Theodore’s hair over 20 years ago. At the time, Theodore was in his 90s and, according to Val, used to “shuffle” from “Llewellyn” down to Main Street to the barber shop and then “shuffle” back up to their 29-room red brick and wood mansion (above). He was quiet, had bushy eyebrows, dressed pretty shabbily. “He looked just like his father,” said Val, who started cutting hair in 1955 when it cost 75 cents.
I have to admit, I am intrigued by Thomas Edison but I’m not here to give you a history lesson. Here’s what I want you to know about the great inventor and businessman…
-Even though he had 1,093 patents in his lifetime, Edison didn’t work alone…he had a great TEAM working with him. No one can do it on their own.
-He invented the phonograph, helped with the incandescent lamp and telephone transmitter, rubber from the goldenrod plant and invented the movie camera, and much more. To Edison, no problem was unsolvable. It was “simply a matter of intense application until he could ‘bring out the secrets of nature and apply them for the happiness of man.'”
-Edison also gave his team flexibility to tackle tasks as they saw fit. When a new employee asked about rules, Edison shot back, “Hell, there ain’t no rules around here. We’re trying to accomplish something.”
-When a fire in 1914 “gutted” most of the concrete buildings leaving the lab complex untouched, Edison said, “I am sixty-seven, but I’m not too old to make a fresh start.” Within a month they were back to work at full capacity.
With this attitude, it’s no wonder that Thomas Edison was one of the greatest minds of all time…but guess what? He only had 3 months of formal schooling.
After 12,000 attempts at “inventing” the light bulb, a reporter asked Edison, “How does it feel to fail 12,000 times? Edison replied, “I didn’t fail 12,000 times, I just found 12,000 ways NOT to invent the light bulb.”
Hope you enjoy the above photos that I took in West Orange, NJ yesterday.
Thank you Val and…
Thanks for reading.
https://www.edtseng.com/wp-content/uploads/2013/06/P31811172.jpg 240 320 admin https://www.edtseng.com/wp-content/uploads/2013/06/TsengLogo211-2.png admin2008-03-19 04:00:002008-03-19 04:00:00MESSAGE #233 LEARN FROM THE MOST IMPORTANT PERSON IN THE PAST 1,000 YEARS...

MESSAGE #916 WHAT ARE YOU DOING BEFORE BED??