Blog
You are here: Home / Blog / Uncategorized / MESSAGE #605 BELIEVE BEFORE YOU SEE…

“The bird doesn’t sing because it’s happy; it’s happy because it sings…Until now, it was always thought that it was necessary to feel in order to act. But now we know that if we act, the feeling follows. I believe this is the most important discovery of the century for human development.”
-WILLIAM JAMES

Everything depends on belief. Belief creates opportunity. If you believe you will fail, you won’t even begin to try. But if you try, there is always a chance you will succeed. If you fail, you can always try again. With belief the possibilities are endless.

Most people say, “I’ll do it the moment I feel like it.” That’s not the way successful people operate. People who succeed start to do things right away and then find that soon after they can feel the effects of their efforts.

(From Success is No Accident by Dr. Lair Ribeiro) 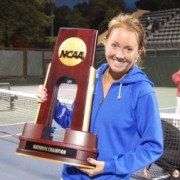 MESSAGE #460 DO THE IMPOSSIBLE!

MESSAGE #606 A MODERN DAY DAVID VS GOLIATH
Scroll to top