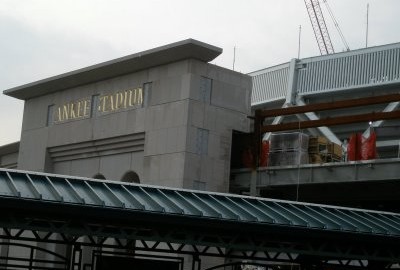 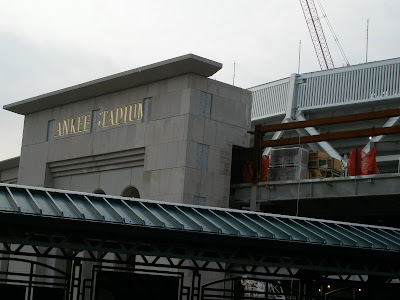 “There are plenty of teams in every sport that have great players and never win titles. Most of the time, those players aren’t willing to sacrifice for the greater good of the team. The funny thing is, in the end, their unwillingness to sacrifice only makes individual goals more difficult to achieve. One thing I believe to the fullest is that if you think and achieve as a team, the individual accolades will take care of themselves. Talent wins games, but teamwork and intelligence win championships.”

-MICHAEL JORDAN
Today’s message is especially dedicated to the great Alissa Goldsmith and Chris Wu.
Many people know me as a die-hard Yankees fan. I bleed pinstripes. I used to go to every first and last home game at “the stadium” and I cried at Joe DiMaggio Day. I know where to get the best hot dogs near the stadium (in front of the bowling alley) and I was at David Cone’s Perfect Game. Every time I walk out the tunnel and look at the Kentucky Bluegrass, it feels like the first time.
Why am I telling you this? Because last night the Yankees flew up from Tampa, their Spring Training home, to test out their new ballpark for three days before the start of the season. Today is their first official practice and it is open to the public. I was offered a ticket by a great friend. I TURNED IT DOWN.
I know what you are saying, “Ed, are you crazy?!#%”
I had already made a prior commitment, and I was sticking to it. Could I have changed it? Probably, but that’s not the point. Don’t get me wrong, you don’t have to stick to every commitment you make, but you do have to respect all parties and make the best objective decision. I made a sacrifice, and I don’t regret it.
So for those of you lucky fans going to the first practice today – enjoy. And to the Yankees – welcome home. Read below for some interesting information about the new stadium. I took the above photo last summer of the new stadium, before they even completed the letters on the 1923 inspired Gate 3 entrance.
Workers scurry about the new Yankee Stadium on an around-the-clock basis these days, preparing it to welcome the Yankees back from seven weeks in the Florida sun. For the first time since Warren G. Harding’s administration, the Bronx Bombers have a new permanent home.
When the Yankees unpack their bags and settle in to the new cathedral for a three-day test drive, they will encounter a facility unlike most anything in the sports world. Visitors can’t help but be bathed in homages to the old Stadium, even as they try to take in a brand new facility.
“We think this is a living museum with all the history that is here,” Trost said (Yankee COO). “What we tried to do was make it look like Yankee Stadium.”
Gate 4, the main entrance behind home plate, was created with the 1923 original in mind. The Yankees bullpen has been restored to right field. Monument Park has been completely moved and relocated to its original center field position (albeit behind the fence), keeping all plaques and monuments on display for fans.
The dimensions of the previous playing field were maintained, and the manner in which the field is angled toward the sun is also the same. The gap between the bleachers and stands in right field again allows the elevated No. 4 train to rumble by as it passes over River Avenue.
And on the main level near Gate 6, the New York Yankees Museum tells the story of baseball and the franchise through various displays and artifacts, including Thurman Munson’s locker from the original Yankee Stadium.
“It’s going to be a once-in-a-lifetime experience,” Teixeira said. “You can have Opening Day in any other place, and it’s fun, it’s great. There’s a lot of energy and excitement. But there’s only going to be one Opening Day at the new Yankee Stadium, and to be a part of it is going to be unbelievable.”
(From Yankees.com)
Thanks for reading and “Play Ball!”
And remember, nobody ever said, “Work Ball!” – enjoy your sport!
https://www.edtseng.com/wp-content/uploads/2013/06/new+yankee+stadium2.jpg 300 400 admin https://www.edtseng.com/wp-content/uploads/2013/06/TsengLogo211-2.png admin2009-04-02 12:05:002009-04-02 12:05:00MESSAGE #612 SACRIFICES... 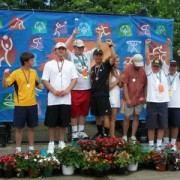 MESSAGE #611 STRETCH YOUR MIND AND BODY…

MESSAGE #613 A BLAST FROM THE PAST…
Scroll to top