At the end of a practice, do a little bit more.

At the end of your workday, do a little bit more.

At the end of your study session, do a little bit more.

Why should you do this?

Because nobody else is.

Read the following article from the OC Register:

HUNTINGTON BEACH – Colby Curtin, a 10-year-old with a rare form of cancer, was staying alive for one thing – a movie.
From the minute Colby saw the previews to the Disney-Pixar movie Up, she was desperate to see it. Colby had been diagnosed with vascular cancer about three years ago, said her mother, Lisa Curtin, and at the beginning of this month it became apparent that she would die soon and was too ill to be moved to a theater to see the film.
After a family friend made frantic calls to Pixar to help grant Colby her dying wish, Pixar came to the rescue.
The company flew an employee with a DVD of Up, which is only in theaters, to the Curtins’ Huntington Beach home on June 10 for a private viewing of the movie.
The animated movie begins with scenes showing the evolution of a relationship between a husband and wife. After losing his wife in old age, the now grumpy man deals with his loss by attaching thousands of balloons to his house, flying into the sky, and going on an adventure with a little boy.
Colby died about seven hours after seeing the film.
With her daughter’s vigil planned for Friday, Lisa Curtin reflected about how grateful she is that Pixar – and “Up” – were a part of her only child’s last day.
“When I watched it, I had really no idea about the content of the theme of the movie,” said Curtin, 46. “I just know that word ‘Up’ and all of the balloons and I swear to you, for me it meant that (Colby) was going to go up. Up to heaven.”
Pixar officials declined to comment on the story or name the employees involved.

THE PREVIEWS
Colby was diagnosed with vascular cancer on Dec. 23, 2005 after doctors found a tumor in her liver. At the time of her death, her stomach was about 94 inches around, swollen with fluids the cancer wouldn’t let her body properly digest. The rest of her body probably weighed about 45 pounds, family friend Carole Lynch said.
Colby had gone to Newport Elementary School and was known for making others laugh, family friend Terrell Orum-Moore said. Colby loved to dance, sing, swim and seemed to have a more mature understanding of the world than other children her age, Orum-Moore said.
On April 28, Colby went to see the Dream Works 3-D movie “Monsters Vs. Aliens” but was impressed by the previews to “Up.”
“It was from then on, she said, ‘I have to see that movie. It is so cool,’” Lynch said.
Colby was a movie fan, Lisa Curtin said, and she latched onto Pixar’s movies because she loved animals.
Two days later Colby’s health began to worsen. On June 4 her mother asked a hospice company to bring a wheelchair for Colby so she could visit a theater to see “Up.” However, the weekend went by and the wheelchair was not delivered, Lisa Curtin said.
By June 9, Colby could no longer be transported to a theater and her family feared she would die without having seen the movie.
At that point, Orum-Moore, who desperately wanted Colby to get her last wish, began to cold-call Pixar and Disney to see if someone could help.
Pixar has an automated telephone answering system, Orum-Moore said, and unless she had a name of a specific person she wanted to speak to, she could not get through. Orum-Moore guessed a name and the computer system transferred her to someone who could help, she said.
Pixar officials listened to Colby’s story and agreed to send someone to Colby’s house the next day with a DVD of “Up,” Orum-Moore recalled.
She immediately called Lisa Curtin, who told Colby.
“Do you think you can hang on?” Colby’s mother said.
“I’m ready (to die), but I’m going to wait for the movie,” the girl replied.

THE MOVIE
At about 12:30 p.m. the Pixar employee came to the Curtins’ home with the DVD.
He had a bag of stuffed animals of characters in the movie and a movie poster. He shared some quirky background details of the movie and the group settled in to watch Up.
Colby couldn’t see the screen because the pain kept her eyes closed so her mother gave her a play-by-play of the film.
At the end of the film, the mother asked if her daughter enjoyed the movie and Colby nodded yes, Lisa Curtin said.
The employee left after the movie, taking the DVD with him, Lynch said.
“He couldn’t have been nicer,” said Lynch who watched the movie with the family. “His eyes were just welled up.”
After the movie, Colby’s dad, Michael Curtin, who is divorced from Lisa Curtin, came to visit.
Colby died with her mom and dad nearby at 9:20 p.m.
Among the Up memorabilia the employee gave Colby was an “adventure book” – a scrap book the main character’s wife used to chronicle her journeys.
“I’ll have to fill those adventures in for her,” Lisa Curtin said. 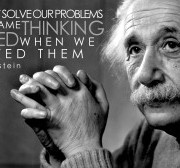 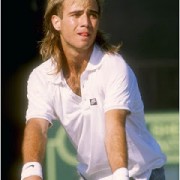