“Basketball is an endurance sport, and you have to learn to control your breath; that’s the essence of yoga, too. So, I consciously began using yoga techniques in my practice and playing. I think yoga helped reduce the number and severity of injuries I suffered. As preventative medicine, it’s unequaled.” ~KAREEM ABDUL-JABBAR, highest scorer in NBA history

As you know, I have been really into yoga lately.

But it’s not just a trend. It’s here to stay.

Read the quote above from Kareem Abdul-Jabbar again. This applies to tennis too. If yoga can help the highest scorer in NBA history, imagine what it can do for you?

I have been fortunate to talk to and become friends with some of my yoga instructors. They all have great knowledge and I have learned from each of them.

Recently, I met with the great Senthil Kumar.

Senthil has only been in the US for three years. He is from India, the birthplace of yoga. When Senthil was young, his schooling stopped at the 10th grade. He went to work for his relative’s company as a goldsmith. He worked from 6am-1am every day. This went on for a while. With several workers under him, and making decent money, Senthil seemed to be doing well. But he wasn’t satisfied. He was constantly under stress and growing tired.

One day, Senthil left home without telling anyone. He told his workers to leave and never come back. He decided to go to the mountains and become a monk. So he lived in the mountains with the monks and all food and sleeping arrangements were taken care of, as they volunteered during the day. This was a nice change, but soon became boring to Senthil. There must be more to life than this, he thought. He realized his mistake of leaving all of his problems.

So Senthil went back home. Soon after he arrived, his father passed away. This was a great shock to him. His whole world came crashing down. After things settled, Senthil decided to study yoga. He quickly found that this was life-changing and wanted to share it with others. So he began conducting yoga classes for free. He would even give private sessions to those interested, as long as money was never mentioned.

Senthil met his current wife in India. They moved to the United States three years ago. In his classes, Senthil doesn’t use the words, “downward-facing dog” or “namaste.” He uses the traditional names for the asanas – I like that. The music he uses is meditation-like and his style of teaching focuses on the inner as much as the outer.

Yoga helps shift the focus of the external search for happiness to where it lies, within. Yoga helps build strength, prevent injuries, create balance and give you focus. This combination of body, mind and spirit can benefit everyone. And the breathing – oh, the breathing. That’s the best part. The quality of your breath is in direct relation to the quality of your life. It is a natural anchor and brings you instantly to the present moment.

I have attended several 7am yoga classes with Senthil and the turn-out has not been great. I can’t think of a better way to start the day. I guess people are too busy for yoga. 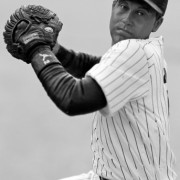 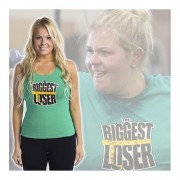