In 2004, Jan Mela, at age 15, became the youngest person to reach the North Pole. And then eight months later, reached the South Pole. This was a great feat by the Polish explorer, but that is not the amazing part.

Jan Mela did this as a double amputee.

At age 13, Mela was electrocuted in an accident and lost one arm and one leg.

But he did not give up on life.

William Arthur Ward once said, “Adversity causes some men to break, others to break records.”

We don’t choose what happens to us in life, but we certainly choose how we respond.

IMAGINE WHAT YOU CAN DO. 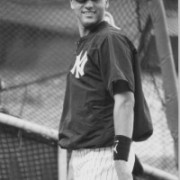 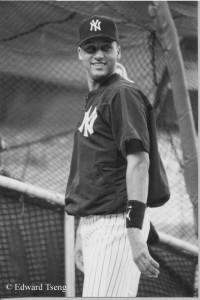 In Derek Jeter’s professional debut in the minor leagues, he played a doubleheader and went 0 for 7 with five strikeouts.

But he didn’t show it. Nobody knew.

He continued to work hard and he persisted.

Challenges can make or break you.

In fact, William Arthur Ward once said, “Adversity causes some men to break, others to break records.”

How do you react in challenging situations?

The other scene I really liked in “Fetch Clay, Make Man” was when Stepin Fetchit was teaching Muhammad Ali the secret anchor punch of the great Jack Johnson.

Fetchit said it started from the stomach and goes through your whole body. You reach back and use all the years of slavery and hardship and you put it all into that punch.

Don’t get me wrong, by no means am I promoting violence. It doesn’t matter if you’re boxing, playing tennis, making sales calls or taking a test.

I remember a story about a grandmother that picked up a car by herself when her grandson was stuck under it. She had never lifted a weight in her life.

We are like ten-speed bikes…we have gears we have never even used.

Today’s message is especially dedicated to the great Richard Ridley.

We all have challenges, big and small. We will always have them. If you try to go through life without problems, you’re in for a big surprise. We cannot control our problems – only our reactions. Here’s what the great William Arthur Ward had to say:

“The experienced mountain climber is not intimidated by a mountain – he is inspired by it. The persistent winner is not discouraged by a problem – he is challenged by it. Mountains are created to be conquered; adversities are designed to be defeated; problems are sent to be solved. It is better to master one mountain than a thousand foothills.”

And, speaking of mountains, the great Tal Ben-Shahar, Harvard professor and author of the book, Happier: Learn the Secrets to Daily Joy and Lasting Fulfillment, said that “Happiness is not making it to the peak of the mountain; happiness is the experience of climbing towards the peak.” In other words, focus on the process (your strategy) instead of the product (winning).

When I asked Dr. Ben-Shahar what the keys to success were, in his opinion, he said, Passion (love for what one does), efficacy (belief in one’s self), and hard work (persistence, dedication).

And that’s how you get things done…