You are here: Home / Blog / Uncategorized

Do you know where you are going in life? In your sport? The great philosopher, Yogi Berra once said, “If you don’t know where you’re going, you could wind up someplace else.”

Only 3% of all people set goals and less than 1% have a true purpose in life. If you don’t have a plan, and don’t know where you want to go, how are you going to get there? The funny thing is, people don’t have direction, but then COMPLAIN about how their life is turning out. Or they don’t have goals in the sport that they play, and then COMPLAIN that they aren’t getting any better. It all boils down to this…”Do you want to live a fulfilling life, or just merely exist?” Choose one of the following… “I’m glad I did” or… “I wish I had”

Set goals using the following steps:
1. Take some time and REALLY think about what you want to accomplish in sports/life.
2. Write down your top goals in any category (life, sports, school, business, relationships, spirituality, fitness/nutrition, etc). Don’t worry about having big goals…many people set their goals too low.
3. Visualize at least once a day that they have been already attained. FEEL how it will feel when you reach those goals (notice that I said “WILL”).
4. Write down ways in which you will reach your goals.
5. Every time you do something to get closer to your goals (every day), write it down so you can chart your progress.
6. Find an accountability partner and meet with them once a week to make sure you are constantly working towards your goals.
7. Start today!

Most people look at their goals from the bottom of the mountain and those goals look so high and far away. I would rather pretend that I’m on TOP of the mountain, having already reached my goals and then I look at the steps that I took to get there. Then I take those steps and go back up the mountain. This way, there’s the faith that it will happen, and less pressure to actually attain them. 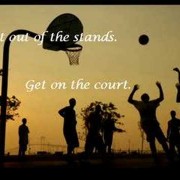 Watch this inspiring video…and then tell me you don’t want to do something with your life!

All of these things are great to have, but the key to life is balance. Many people just want a great job, making a lot of money, but then, they’re health and relationships suffer. Others want to be the best athlete and then their academics suffer. Some just want intelligence, and then their social skills are poor.

Melissa Sapio graduated Montclair State University with a PERFECT 4.0 GPA. I spent some time with Melissa this past weekend and the one word that summarizes who she is, is BALANCE. Ms. Sapio is not only intelligent, but she is fun. She knows that life is not just about focusing on one thing. When she was in college, she studied, had a boyfriend, had a job and also took part in extracuricular activities. She is educated in many areas, has good eating habits, stays active, works hard in the field of psychology, spends time with friends/family and makes time for leisure.

So as great as it is to be successful at ONE thing, don’t forget about the other aspects of life. If you have balance in your life, you will be successful.

Homework: Do something today that will help you become more balanced. If you get good grades, plan an activity with friends. If you are successful financially, spend some time with your wife. If you are a great athlete, sit down, read a great book and break a mental sweat.

Many people teach things or say things, but don’t apply those things in their own lives. Yesterday, when I was driving up to Montclair State University, I hit a standstill on the Garden State Parkway. I was supposed to get there at 9:30am, but ended up arriving at 10:45am. I was on my way to give a talk to over 150 people from all over China on goal setting, who were getting ready to go on an internship with Disney. The biggest talk of my career, and I was going to be late. I knew I would not be speaking until the end of the session, but was still frustrated.

So I thought to myself, am I going to let this bother me, ruin my day and make me give a terrible talk, or am I going to step it up, and TAKE ACTION aside from my FEELINGS? Guess what chose?

I decided to step it up and INCREASE my energy and enthusiasm…I ended up having an amazing day and even walked barefoot on broken glass as part of the seminar! I think I made an impact on those listening and I made some great contacts in the process. The rest of my day went unbelievably well as I went to a networking event in Princeton that night and met some great people and made some more connections. “Connections are everything…ask any electrician.” So all of you that I keep telling to step it up, and take action regardless of how you are feeling, you can see that I not only talk the talk, I walk the talk. Make this an everyday habit and you will be a success.

Remember: “Winners and losers feel the same feelings, but they just REACT differently.”

The following is an email I recieved today…

Hey Ed-
It’s been a while since we’ve last touched base. I hope all is well with you and that you are enjoying your summer. Just wanted to update you on my progress. I won the 25 pounds weight loss bet with my friend. To date, I have lost 35 pounds and have gone from a size 14 to a 6! I continue to work out every single day and have completely made a life change regarding my eating. I feel fantastic inside and out! Thank you so much for helping me get started, pointing me in the right direction, and encouraging me. You’ve helped me more than you know!

As a tennis pro, mental training expert and life coach, my goal is to help as many people achieve success as possible and inspire as many people as possible. People say that I inspire THEM, but when I read emails like Ashley’s, YOU inspire ME!! True joy and fulfillment comes from helping others. “You get what you give…”

Homework: Make it a point to GIVE today…tell someone you care, write someone a letter, make that phone call you’ve been putting off, compliment a stranger, hold a door open for someone, or just smile. Whatever you do, it will come back to you ten-fold. We are all guilty of focusing on ourselves, but when you help others, you will become much happier, healthier and have less stress. Isn’t that what we are all looking for? Let me know how it goes…I’d love to hear about it.

Do you believe that you can create your own destiny? Just think about the choices you’ve made in your life in just the past several years…have they made a difference in your life? Would your life be different if you had made different decisions? I know my life would be totally different. I would still be working for someone else, working more and making less. Now, I am my own boss and can do things the way I like and create my destiny. So I believe that yes, you CAN create your own destiny and this is how you do it..

Choose your decisions wisely. THINK before you take action. When I was listening to Tony Robbins, he said that biography is not destiny, DECISIONS shape our destiny. Robbins also says that many people hold themselves back because of their current “conditions.” These conditions might be financial status, friends’, family’s beliefs, job, skills, etc. Those things are factors, but you can still take action regardless of your conditions.

In order to achieve success, I believe, you need to have the will to do it and the belief that it will happen.

Homework: Do something today that will make your desired destiny come true tomorrow.

Greetings from the Big Apple! Today was the New York City Half Marathon. 13.1 miles from Central Park to Battery Park. I had the pleasure of watching the first runner pass the 9 mile mark AND the last 2 runners. Both were equally inspiring. As I watched the 13 thousand runners from all over the world, both men and women, from teenagers to what it seemed, people in their 70’s, I was inspired. They all had different reasons for running the 1/2 marathon…some for individual goals, some in memory of someone, some because someone forced them to run it with them, some for charity and countless other reasons. Some were walking by the time I saw them at the 9 mile mark, others keeping good pace, one man was on his cell phone, another with a cane. I even saw someone juggling while running! Police officers cheering runners on, people cheering on complete strangers…all inspiring each other.

What do all of those runners have in common? They showed up! A big part of life is just showing up; taking action. How many people SAY they want to or are going to run a marathon and don’t? I wish I had a dollar for every one of those people. It’s like those 3 frogs on a log and one decides to jump…how many frogs are left? Most say 2, but there are still 3…just because the frog DECIDED to jump, doesn’t mean it DID jump. People are the same way. Decisions are nothing without action.

I spoke to Sandra Clopp, runner #9202 from Manhattan. She said she ran because for her it is motivation and she enjoys the health benefits. Sandra says that her times are faster when she runs the marathons because she is so inspired by all the other runners and the atmosphere. There is music and people on bikes riding along the runners saying, “Good job runners, keep it up!” I asked Clopp what went through her mind BEFORE the race. “I was tired. I tried getting a good night’s sleep, but only got 4 hours.” Wow, talk about taking action regardless of feeling. That is how you achieve success, in my eyes. You don’t have to be the best marathon runner but you can still perform at that level. DURING the race she said she felt good and was inspired by the atmosphere and people. AFTER the race, she was tired, but got inspired again, because every runner got a medal. Sandra Clopp’s advice to you, “I’m a very competitive person, but today I realized that it’s not all about winning.”

Well put, Arthur Ashe once said, “Success is a journey, not a destination. The doing is sometimes more important than the outcome. Not everyone can be number one.”

Remember, life is a marathon, not a sprint. Enjoy the process.

Regardless of your feelings, you can still take different actions and perform well, with high energy. There are 3 frogs sitting on a log…one frog decides to jump off. How many frogs are left? 3…just because that frog DECIDED to jump, doesn’t mean he DID jump. People are the same way, many decide to do something but don’t. Don’t be a frog.

The Law of Attraction states that like attracts like, meaning, negative thoughts will produce negative results and positive thoughts will attract positive results. Dr. Rob Gilbert, sports psychology professor at Montclair State University compares the mind to a garden…”If you plant tomatoes, you will get tomatoes, if you plant peas, you will get peas.” Negativity is the biggest problem of most athletes. 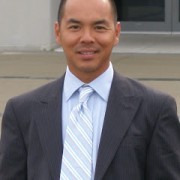 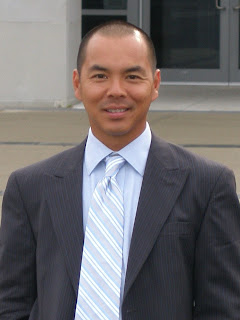