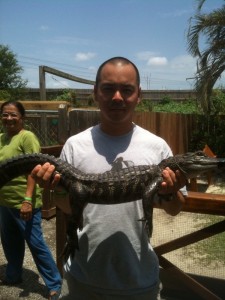 Yesterday was another great day here in South Florida. We headed to Sawgrass Recreation Center and cruised through the Everglades searching for alligators. I then held a baby gator in my hands (above).

After that we headed up to Delray Beach, but not before stopping at Match Point Tennis shop to say hello to master stringer, Chris Kennedy.

In Delray, we had one of the most amazing dinners at Cabana, Cuban restaurant. We then headed to DaDa for a private screening of the documentary, Delray Beach ITC 2010. It was great meeting the producer, Matt Prickett and seeing Marlena Hall and John Butler. Even Chris Evert’s sister was there!

Yesterday was a great day and today I will be meeting with Richard Ashby, National Coach for USTA Player Development in Boca, located at the Evert Academy.

As I sit here in Starbucks, I can’t help but think about John Wooden and how he re-defined success and helped create the person and coach I am. Do yourself a favor and watch the video below.

MESSAGE #650 I THOUGHT MY FIRST TALK WAS A FLOP! 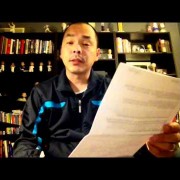