Today’s message is especially dedicated to Kylee and Cara Longo.

Last night was the Paul Green School of Rock Music’s Winter Concert in West Windsor, NJ. It was the first time I attended this event, so I didn’t have any expectations going in. All I have to say is…

I was blown away!

The ages ranged from 7-17 and it was just like a rock concert. Kylee and Cara Longo played keyboards, guitar, bass, and even sang. While they are 7 and 10 years old and most of the cast were older and bigger, they did an amazing job. It takes a lot of courage, discipline and focus to perform under that type of pressure.

Many times we look to have perfect performances and have everything come easy, but when we can perform under extreme conditions and overcome those pressures, that is when we learn and grow the most.

They performed songs such as “Wheel in the Sky,” “Barracuda,” “Ballroom Blitz,” “Carry on Wayward Son,” and “Hotel California” to give you an idea.

What also impressed me was the fact that most of the kids could play multiple instruments. This made me very excited because when people play different instruments, then they actually get better results because they do not play the instruments mindlessly. Often times we are on “automatic” when we play an instrument and take it for granted. That is the exact reason why many elite pianists learn music away from the piano.

Mike Morpurgo owns the Princeton School of Rock Music, which originated in Philadelphia. These students practice 4 hours per week, which shows their dedication, drive and persistence.

The Princeton School of Rock Music Winter Concert was an unbelievable experience on many levels. The performers amazed me with their skills. I was not only impressed, but inspired. 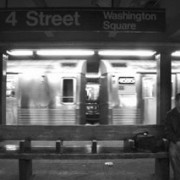 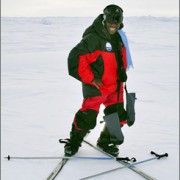 Message #166 Are You Satisfied With What You Have?
Scroll to top