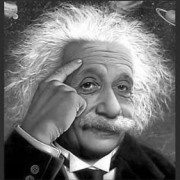 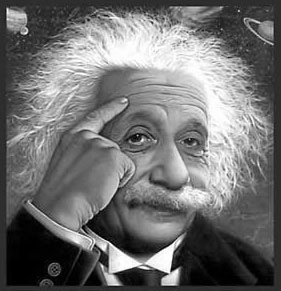 Today is also Albert Einstein’s birthday, so the whole Princeton area is going insane. There are pi fights, pi eating contests, all sorts of mental olympics and even a geekiest geek contest!

Since Princeton is going “insane” on Pi Day, I want you to go through your day thinking about one of my favorite Einstein quotes…I know I will especially if I drive by his house on Mercer Street today.

Insanity is doing the same thing over and over again and expecting a different result.

Do you keep doing the same thing?

Are you complaining about your results?

Then change what you’re doing on the field, in the classroom, in your relationships and at the office.

When I give seminars on the psychological aspect of peak performance, I always ask someone in the audience to name their favorite athlete. Many times it is Michael Jordan. I then ask the following questions…

“Who is faster, you or Jordan?”

“Who can shoot better, you or Jordan?”

“Who can jump higher, you or Jordan?”

The answer is always Jordan (if they are being honest).

I then ask how long it would take for them to be physically equal to Jordan.

I follow up and say, “Do you know how you can become just as good as Jordan, almost instantly?”

I have the entire auditorium’s attention as I say…

I recently asked the winningest coach in college history, Paul Assaiante, squash coach at Trinity College, if giving a full effort was one of the main goals for his team. He responded…

Comments? Leave them below.

The quality of a person’s life is in direct proportion to their commitment to excellence, regardless or their chosen field.
-Vince Lombardi

Of all the rings and all of the money and all of the color and display—they linger only in memory. The spirit, the will to win, and excel, these are the things that endure. The quality of any man’s life is the full measure of his commitment to excellence and to victory, regardless of what field he might be in.
—Vince Lombardi

Never let your fears stand in the way of your dreams.
-author unknown

“When you’re tired and frustrated is where it begins. Because that’s when others quit.” -ROB GILBERT, Ph.D., noted Sports Psychologist and founder of Success Hotline (973 743 4690)

Today’s message is especially dedicated to the great Jim Mulligan in Orlando, Florida.

“Dost thou love life? Then do not squander time, for that is the stuff life is made of.”
-BENJAMIN FRANKLIN

Today’s message is especially dedicated to the great Fred Weiland.

Don’t worry about what others think of you.

Instead, focus on what is right for you. If you feel in your heart that it is the right thing to do, it is in line with your purpose, and it does not hurt others or yourself, then do it! Too many people worry about what others think…

BE YOURSELF! DO WHAT’S RIGHT!

“You wouldn’t care what people thought of you if you knew how seldom they did.”-author unknown

“The best way out is always through.”
-ROBERT FROST

“Show me a thoroughly satisfied man-and I will show you a failure.”
-THOMAS ALVA EDISON