So here I am at the hotel in Orlando getting ready to start a two and a half day workshop on mental toughness at the Human Performance Institute created by the great Jim Loehr, who has worked with Pete Sampras, Monica Seles, Jim Courier and many more.

I did not sleep at all. I was too excited about learning, networking and whatever else the next 2.5 days have in store. But I feel good. I feel REALLY good. In my insomnia, I read a great story from “Zen Golf” by Dr. Joseph Parent. Here it is…

A young man had a clay statue, a family heirloom. He’d always wished that it were bright shiny gold instead of plain brown clay. When he began to earn a living, he put aside a little now and then, until he had enough for his special project: to have his statue covered with gold.

Now it looked just the way he wanted it to, and people admired it. He felt very proud that he had a gold statue. However, the gold-plating didn’t stick to the clay very well, and it wasn’t long before it began to flake off in spots. So he had it gold-plated again. Soon he found himself using all his time and resources to maintain the gold facade of his statue.

One day his grandfather returned from a journey of many years. The young man wanted to show him how he had made the clay statue into a gold one. However, clay was showing through in many spots, so he was somewhat embarrassed.

The old man smiled and held the statue lovingly. With a moist cloth he gently rubbed it and gradually dissolved some of the clay. “Many years ago, the statue must have fallen in the mud and become covered with it. As a very young child, you wouldn’t have known the difference. You forgot, and thought it was just a clay statue. But look here.”

He showed his grandson the place where the clay was removed, and a bright yellow color shone through. “Underneath the covering of clay, your statue has been solid gold from the very beginning. You never needed to put more gold on to cover the clay. Now that you know what its nature really is, all you have to do is gently remove the clay and you’ll reveal the gold statue you’ve possessed all along.”

You have all of the ability and all of the gold already inside you…you just have to discover the strategies for success.

Work hard, focus on the positive and start removing the clay that has built up from years of conditioning and negative events. Don’t let society, others and your own thoughts tell you what your potential is. I already know what it is…

MESSAGE #704 READ THIS MESSAGE AND YOU WILL NEVER COMPLAIN AGAIN... 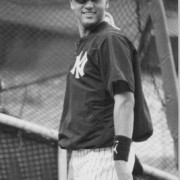 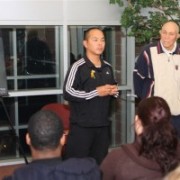 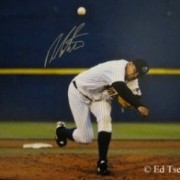 MESSAGE #1410 A MESSAGE FROM A YANKEE 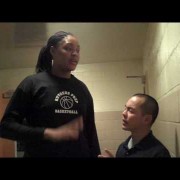