Today’s message is especially dedicated to the Class of 2010.

One of the things I love doing is hearing commencement speeches. Here is President Barack Obama’s message for this year’s graduates…

Congratulations. Since I couldn’t be at every high school and college commencement this year, I wanted to send a message to all of the graduates in this country who are about to embark on the next chapter of your young and promising lives.

There are generations of Americans who came of age during periods of peace and prosperity. When they graduated from high school or college, they entered a world of comfort and stability where little was required of them beyond their obligations to themselves an their families.

That is not the world you are about to inherit. You are growing up in a time of great challenge and sweeping change. You will search for jobs in an economy that is still emerging from one of the worst recessions in history. You will seek a profession in an era where a high school diploma and a factory job are no longer sure paths to success. And you will raise your children in a world where threats like terrorism and a changing climate cannot be contained within a country’s borders.

At times like these, when the future seems unsettled and uncertain, it can be easy to lose heart. When you turn on the television or read newspapers or blogs, the voices of cynicism and pessimism always seem to be the loudest.

Yes, we are facing difficult times. But America has been through them before. In the 1930s, young men and women saw one-third of the nation ill-clothed, ill-housed, ill-fed, and later witnessed tyranny sweep across Europe and the Pacific. In the 1960s, millions of students participated in peaceful protests – against those who sought to keep them divided by race, against a war they believed unjust – and were met with billy clubs and fire hoses.

So many times in so many eras, Americans your age could have decided to just go about their own business, fend for themselves, and leave our country’s problems for somebody else to solve.

You are graduating today in part because those who came before you had the courage to look past their differences, face down their common difficulties, and perfect their union. It was young soldiers who pushed forward at Lexington and at Gettysburg, at Normandy and at Kandahar. It was graduates like you who looked across a continent and built the railroads, highways, schools, and universities that have fueled the most prosperous economy in the world. It was a 33-year-old Thomas Jefferson who wrote the Declaration of Independence; a 33-year-old Elizabeth Cady Stanton who organized the Seneca Falls Convention, the first national women’s rights convention; a 26-year-old Martin Luther King Jr. who began his journey to the mountaintop; and a 20-year-old Bill Gates who started one of the most transformative companies on Earth

All of these Americans faced long odds. All of them faced doubt. Many grew up in times of discord and difficulty. Yet they knew that while America’s destiny is never certain, our ability to shape it always is. Ours is a history of renewal and reinvention, where each generation finds a way to adapt, thrive, and push the nation forward with energy, ingenuity, and optimism.

That is your charge as graduates – our future is in your hands. The United States is still a land of infinite possibilities waiting to be seized, if you are willing to seize them.

While government plays a role in making a more prosperous and secure future possible for America, the final outcome ultimately depends on you and the choices you make from here on out.

Of course, each of you has the right to take your diploma and seek the quickest path to the biggest paycheck or the highest title possible. But remember: You can choose to broaden your concerns to include your fellow citizens and country instead. By tying your ambitions to America’s, you’ll hitch your wagon to a cause larger than yourself. You can choose a career in public service or the nonprofit sector, or teach in an underserved school. If you have medical training, you can work in an understaffed clinic. Love science? You can discover new sources of clean energy or launch a business that makes the most efficient and affordable solar panels or wind turbines.

Or you may decide to make your mark in ways that may be smaller but are just as important – volunteering at a local shelter, tutoring or mentoring schoolkids, staying involved in the local and national debates that shape our lives and the life of our country, or raising your own children to be generous and productive Americans.

No matter what you choose to do, know that you have the ability – each one of you – to write the next chapter in America’s story. Starting your careers in troubled times is a challenge, but it’s also a privilege. When I left for Chicago after college to be a community organizer, I, like many of you, had no idea what the future would hold for me. What I did know was that somehow, in some way, I wanted to make an impact on the world around me.

It’s times like the one you’re facing today that force us to try harder and dig deeper. Times like these move us to fin the greatness we each have inside and, in doing so, rediscover the greatness that defines us as a nation. These are the tasks lying before you, and I have no doubt all of you are up to the challenge. 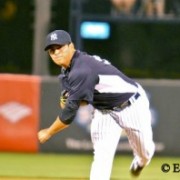 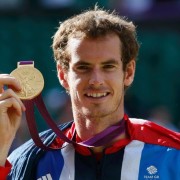 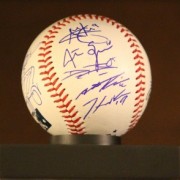 MESSAGE #1028 TALKING WITH A LIFE COACH
Scroll to top