This message is especially dedicated to all the Sopranos fans out there.

Do you remember the guy in the Member’s Only Jacket in the final episode? That was Paolo Colandrea. Paolo Colandrea is the owner of Paul’s Penndel Pizza in Pennsylvania. I love the Sopranos, but I have to admit, I’m still playing catch up. I never watched it on TV, just the DVDs. I have seen seasons 1-3 and loved them, but just haven’t gotten around to watching the others, so I don’t know what happened in the final season.

I recently became friends with Paolo through his cousin Ciro Moriello (above with Paolo), owner of Amalfi’s Restaurant in Lawrenceville, NJ. I thought that Paolo was just a good guy from Naples with a thick Italian accent. Then someone told me he was on the Sopranos. I thought that was pretty cool. THEN, I found out that he might have been the guy that killed Tony Soprano.

I was like, “Whaaat?” Supposedly, they filmed several endings to ensure secrecy. They also have extra footage that nobody has seen. I haven’t spoken to Paolo about it yet, but I will be interviewing him sometime this week and will post it on my blog and youtube. Some say that Paolo came out of the bathroom and shot Tony, that’s why the screen went black. There is speculation that there will be a Sopranos movie and it will begin with Tony getting shot. I guess we will see.

In the meantime, Paolo is working on his autobiography and also on an Italian Cookbook with his cousin Ciro and myself. It will include a cooking DVD. I was at Paolo’s restaurant the other day and he made me an amazing Linguine with Clam Sauce meal in 15 minutes. Simple ingredients, inexpensive, quick and delicious. The focus of the book and DVD will be good healthy Italian food that is inexpensive and quick to make. More to come.

The lesson I learned from Paolo is that he is just a regular guy from Italy that came over with just $70 in his pocket. He has had his share of ups and downs, but appreciates life on a daily basis. He certainly has not let fame get to his head. Paolo is an amazing chef and believes that ANYONE can be a great cook, as long as they learn the skills.

Anyone can become a great tennis player if they get the right instruction.

Anyone can become a great businessman/woman if they learn the skills.

Anyone can become a great student if they learn the skills.

YOU can become anything you want…

Watch the final scene of the Sopranos below. 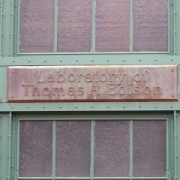 MESSAGE #422 THE THREE MOST POWERFUL WORDS I KNOW...

Message # 66 How Will You Succeed?
0 replies