Well, here I am in Austin, Texas visiting my sister Grace and her family.

On the plane I watched Tin Cup starring Kevin Costner on my iPad. It was great. In fact, it was one of the best sports movies I’ve seen in a long time.

If you don’t know, Tin Cup is about a driving range golf pro (Costner) who has all the talent in the world but a weak mental game.

At one point in the movie, Costner gets the “shanks” which is an inexplicable glitch in a golfer’s swing. He can’t hit the ball straight. He tries all these high-tech gadgets and they are not working.

Finally, Romeo, his caddy tells him to do the following:

He looked ridiculous and was obviously embarrassed. Well guess what? It worked! He hit the ball straight.

Because he wasn’t thinking about his swing, he was just hitting the ball. Romeo said his brain was getting in the way.

When you think too much in sports (and life), you get paralysis by analysis. Peak performance occurs when you play loose. Loose, but focused.

Yogi Berra says you can’t think and hit at the same time. A full mind is an empty bat.

Well, it’s off to explore Texas. Talk to you soon! 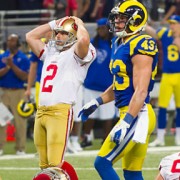 MESSAGE #1081 IF ROGER FEDERER WAS A MENTAL TOUGHNESS EXPERT... 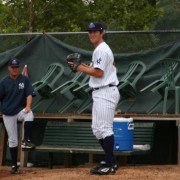 MESSAGE #1566 HOW TO DO THE IMPOSSIBLE
Scroll to top