Blog
You are here: Home / Blog / Uncategorized / Message #51 Are You Motivated?

Are you a motivated person?

This post is especially dedicated to the great Ben Rathauser, a tennis player who is not IN tennis but INTO tennis.

“Motivation is like taking a shower. It feels good and refreshing, but you need to take a new one every day.”

Change is not about ability, it’s about motivation. If you are motivated to do something, you WILL do it. The problem is, that most people do things according to their feelings. Here’s a story…

There was this father…his daughter had this rare kidney disease. The only person that was able to be a donor for the daughter was the father. But there was one problem…the doctors wouldn’t let them go ahead with the operation because the father weighed 300 lbs. So the father asked the doctors how much time his daughter had. They said about 12 months. He then asked the doctors how much weight he needed to lose. They told him 80 lbs. So the father proceeded to lose 85 lbs in just 11 months! They ended up performing a successful surgery. Afterwards someone asked the father if it was hard to lose all that weight, and he said, “No, I didn’t even think about it. I just did it because I knew I had to.” So turn your “should“s into “must“s.

So you can do anything, if you have the right motivation. Will is more important than skill.

Homework: What are you waiting for?…Just do it!

MESSAGE #263 THE VALUE OF SPORTS 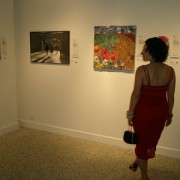