“Do you love life? Then don’t squander time, for that is the stuff life is made of.”
-BENJAMIN FRANKLIN

I have a feeling that someone out there has something to do that they don’t want to do.

Something that they’ve been putting off.

It could be something at work, at school, or on the field.

If you have something to do, or something to take care of, do it immediately. The sooner you attack it, the sooner it gets eliminated.

When a favored team is playing an underdog, the favored team should put the other team away as soon as possible.

Because the longer the game goes on, the more hope the underdog has.

The longer you put off a problem or an issue, the worse it’s going to get.

Stop telling the world what you’re going to do and start showing it. 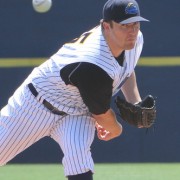 MESSAGE #1239 MENTAL TOUGHNESS FROM A MONK

MESSAGE #630 CAN VERSUS WILL…
Scroll to top