Today’s message is especially dedicated to the great Dan Horowitz.

“Being a champion is all well and good, but you can’t eat a crown.”
-ALTHEA GIBSON, after retiring from tennis

“I used to play golf with a guy who cheated so badly that he once had a hole in one and wrote down zero on the scorecard.”
-BOB BRUCE

“The only way I can make five As is when I sign my name.”
-ALAA ABDELNABY, on his academic career at Duke

“When you’re as great as I am, it’s hard to be humble.”
-MUHAMMAD ALI

“Blind people came to the park just to listen to him pitch.”
-REGGIE JACKSON, on Tom Seaver

“He’s so good, I even worry about him in winter.”
-TED WILLIAMS, on Bob Lemon

“Franco Harris faked me out so bad one time that I got a 15-yard penalty for grabbing my own face mask.”
-D.D. LEWIS

“She’s like the old Green Bay Packers. You know exactly what she’s going to do, but there isn’t a thing you can do about it.”
-ARTHUR ASHE, on Martina Navratilova

“A hotel operator called and said I had been indicted. I panicked and said, ‘For what?'”
-JOHN MACKEY, on how he found out about being inducted into the Football Hall of Fame

“We’re more aggressive, more mobile, and more smarter.”
-GREG LLOYD, Steelers’ linebacker, on why the Steelers had better linebackers than the Bears

From 2,000 Sports Quips and Quotes by Glenn Liebman. 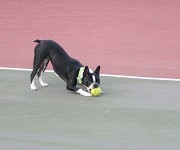 MESSAGE #997 HOW 'BOUT THESE APPLES 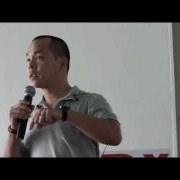 MESSAGE #552 A LESSON FROM FOOTBALL…
Scroll to top